We worked with a training company who won a contract with a large organisation to deliver sales training to hundreds of staff over a number of years.  The staff would each complete a personality profile and do an initial 360 feedback on their sales skills before the training, then undertake a three day course.  Six to nine months later, they would complete a second 360 feedback and some more training, during which they would review their progress and any areas where there was still room for improvement.

We worked with the training company to create a 360 feedback questionnaire, covering the six areas of their training programme, each one dealing with a key step in the successful selling process.

Participants receive an e-mail link to set up their feedback and are asked to nominate around 8 to 12 colleagues and customers to provide feedback.  These are divided into Line Manager, Peers, Direct Reports, Customers and Others.  Each colleague then receives a link to the feedback questionnaire.  The questionnaire is split into categories, each with range questions, asking the colleague to score the participant for a number of skills, such as:

Colleagues are also asked for free text responses, where they can give examples of what the participant does well and how their performance could be improved.

As Customers are only party to the external part of the sales process, not the internal workings of their supplier company, they are only asked to answer questions in four of the six areas.

Our customer requested that the results for this 360 be displayed by category, as per the example for the Understanding category below.

When the participant completes their 2nd 360 feedback around 9 months later, their previous score for the category is added to the report so they can see improvements.

Analysis of the 2nd 360 (stretch) results compared to the original results showed that the training programme had been successful.  The participants received feedback on the improvement in their skills, and the organisation and training company have a tangible measure of the success of the training.

Looking for a bespoke service?

Find out moreEnquire now
Over 1000+ businesses trust us 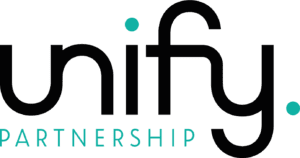